Sport Fandom and the NCAA Athlete 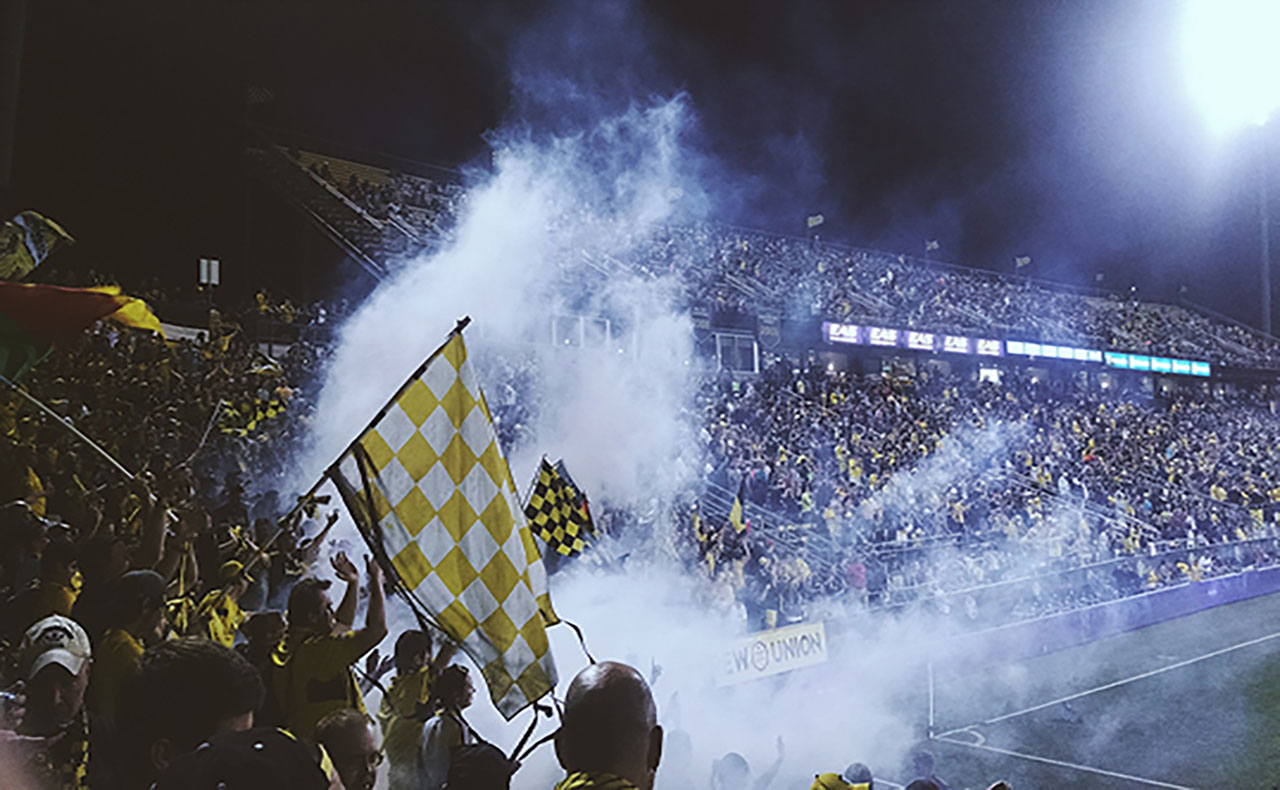 They come in all shapes and sizes, from the little tyke who is dressed in the University of Kentucky outfit coming home from the hospital days after birth; to the twenty-year-old walking around in maize and blue body paint with no shirt on at the Big House; to the parent wearing an old Ducks jersey around the house. Yes, we are talking about sport fans. But not just any sport fans; college sport fans.

Sports fandom is very popular. In fact, you could argue that it has never been more popular to be a sports fan. Millions of Americans consider themselves sports fans. An estimated 108.4 million people in the United States watched the Super Bowl in 2013 (ESPN, 2013). Sports fandom is not limited to professional sports. In March, the NCAA Division I Men’s Basketball Tournament (March Madness) is must-see viewing for the ultimate sports fan. It was estimated that at least 33 percent of Americans watched at least one game in the tournament (Smith, 2013), and 22.4 million people watched the men’s Final Four Championship matchup between the University of Louisville and the University of Michigan (Shuster, 2013); an additional 3.2 million fans watched the women’s Final Four Championship game between the University of Connecticut and the University of Louisville (Sports Media Watch, 2013). A recent survey concluded that being identified with their favorite team is more important to people than being identified with their work and social groups, and as important to them as being identified with their religion (Smith, Grieve, Zapalac, Derryberry, & Pope-Tarrence, 2011). Highly identified sports fans are passionate: They would consider doing a number of extreme behaviors, including aggressive actions, outrageous deeds (e.g., give up sweets for a year, destroy a favorite keepsake) and engaging in superstitious rituals (e.g., wearing lucky clothing, sitting in a lucky seat) if the action improved or guaranteed their team a championship or victory (Wann et al., 2005; Wann et al., 2011; Wann et al., 2013).

It is important to distinguish between sports fans and sports spectators. Sports spectators are people who attend sporting events (or watch events on television) for a reason other than an attachment to the team. These reasons are usually social (e.g., a significant other or family member takes them to a game), but can include a number of different reasons (Wann, Melnick, Russell, & Pease, 2001). Sports fans, however, have a connection to the team (Funk & James, 2001; Wann et al., 2001). Researchers use different terms for this connection – points of attachment (Funk & James, 2001) and identification (Wann et al., 2001). In either case, it means the same thing: a psychological connection with the team that holds implications for the person’s self-image.

So, why are people sports fans? What benefits do they receive from being sports fans? Wann (2006) proposed a Team Identification-Social Psychological Health Model that argued that the social support fans perceive from like-minded fans leads to social psychological benefits. In this model, sport fans receive temporary support by connecting with like-minded fans one time (such as joining at a bar or pub to watch a game) or they can receive enduring support from those fans who live near them. This support allows the fans to cope with threats to their identity, such as bad calls during a game, opposing fans, and poor performance of the team in the short-term, and life hassles in the long-term. Thus, attachment or identification with a local team will be most likely to lead to the benefits of fandom. The social-psychological benefits of being a sports fan include lower levels of loneliness (Wann, Brame, Clarkson, Brooks, & Waddill, 2008) and lower levels of stress (Lee, 2011) during sporting events, a sense of belonging to a larger community (Reding, Grieve, Derryberry, & Paquin, 2011) and better psychological functioning (Wann, Dimmock, & Grove, 2003). These benefits generally accrue over the long term.

But, the relationship between fans and student-athletes is mutual. Not only can witnessing athletic events affect fans, fan behaviors can also influence athletic performance. However, it is often not in the way that most fans think (or hope). Fans want their behaviors at sporting events to matter. Indeed, they frequently view it as a responsibility to attempt to influence the outcome through acts of support such as cheering (Wann, Dolan, McGeorge, & Allison, 1994). Further, fans will often perform superstitious behaviors in an attempt to help their teams win. Such behaviors include chants, wearing certain items of clothing, eating specific foods and sitting in specific seats (Wann et al., 2013).

Fans may have an effect on the game by simply attending. Student-athletes performance is different when there are people in the stands from when the seats are empty. Part of this affect is through physiological arousal. There is a Zone of Optimal Arousal (Hanin, 2000) for each student-athlete and each position in which the student-athlete performs best. (Arousal here means the same thing as excitement or activation—or being “fired up.”) If the student-athlete is underaroused or overaroused, performance decreases. This becomes a bit more complex, as there are optimal levels of arousal for each position on a team. For example, in football, quarterbacks need to have a lower level of arousal than defensive lineman. Further, it may be that there are different levels of optimal arousal for different game situations. In basketball, a higher level of arousal may be more beneficial while playing defense as opposed to running an offensive play. The simple act of being observed increases the level of excitement in student-athletes and, hence, their level of arousal. If this added arousal moves athletes out of the Zone of Optimal Arousal, it will lead to poor performance. All of those fans sitting in the seats and watching the game can, therefore, have an influence on an athlete’s performance if, by their mere presence, they cause the athlete to become too excited. On the other hand, if athletes are not activated enough, they can play poorly. Thus, managing arousal/activation/excitement is an important skill for student-athletes to learn. This includes both psyching up and calming down so they can play at their best.

One of the few ways in which sports fans can affect athletic performance is by distracting student-athletes. Often fans attempt to distract student-athletes through a number of different activities. Some of the more recent distractors seen at college basketball games include students jumping up and down in different directions, the “big head” phenomenon where fans wave giant heads of famous people at the players, and loudly singing songs during free throw attempts. Obviously, if these behaviors take athletes’ attention away from the game, performance can suffer. Thus, the ability to focus and ignore distractors during competition is a very important skill for student-athletes to develop.

These and other important mental skills can be developed via working with a sport psychologist. If you are interested in this, you should contact a clinical and sport psychologist on your campus or in your community. You can contact a Certified Mental Performance® (CMPC) for assistance; these trained professional sport psychologists are qualified to aid athletes with the difficulties they face from performance problems to more personal or clinical issues.
Additionally, you may also contact the Association for Applied Sport Psychology (AASP) through its website: www.appliedsportpsych.org. The website contains a number of free resources pertaining to enhancing athletic performance as well as other issues for athletes.