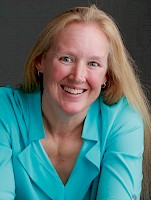 Dr. Sarah Castillo is a Director of the Sport and Performance Psychology Program at the University of Western States.  She was previously Professor of Psychology, academic program director and the Co-Director the Center for Performance Psychology at National University in San Diego, CA. Sarah’s passion is working with individuals and teams in their search for peak performance in any area of life. She began her career as a Performance Enhancement Instructor at the United States Military Academy, West Point. During her time with the Army, Sarah worked extensively with over 15 intercollegiate, intramural, and club athletic teams. She is a Certified Mental Performance Consultant® (CMPC) and an AASP Fellow.