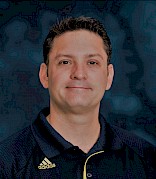 AASP’s 33rd Annual Conference, held October 3-6, 2018, was the second largest in association history with nearly 1,150 attendees from 25 countries. Toronto served as the host venue and AASP partnered with the Canadian Sport Psychology Association for an intellectually stimulating event. The conference offered more than 100 workshops, lectures, panels and symposia providing insight into the pioneering work that AASP members are doing in our field. 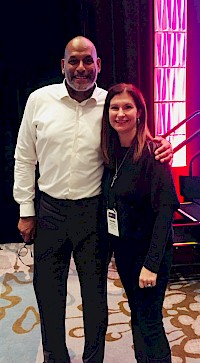 The conference’s impact was best illustrated in the conversations around the hallways. This year, the conversations were especially lively, as the keynote speakers’ stories, inspirational words, and lessons were often quoted. John Amaechi’s powerful and moving words about culture and progressive social initiatives in his keynote presentation “Overpromise & Under Deliver: The Story of Organized Sport” set the tone and radiated through the course of the week. His session easily ranked as one of the best presentations delivered at AASP in the past decades.

A special panel featuring Alex Cohen (USA), Carolina Lundqvist (Sweden), Karen MacNeill (Canada), and Jean Francois Menard (Canada) discussed lessons learned from their work at the PyeongChang Olympics earlier this year. Similarly, Penny Werthner’s Coleman Griffith Lecture was progressively insightful discussing the state of the field and some challenges to manage. Dr. Werthner delivered a valuable message with warmth, humor, and insight. It is easy to see why people gravitate towards her and how she has forged the field through her many contributions. 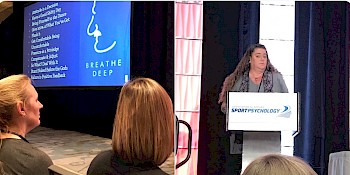 Traci Statler provided an inspiring presidential address that outlined her vision as well as the initiatives she intends to execute as president while beautifully weaving in Ken Ravizza’s sage words. The organization is in great hands. Thank you, Traci, for combining your passion and grinder’s mentality on behalf of AASP!

Several monumental organizational events occurred at this year’s conference as well. Dr. Margaret Ottley became the first Black AASP Fellow. Her contributions to the field are noteworthy and her character is supreme. It is the membership that makes AASP great and Dr. Ottley is one of people that makes the membership special. At the Business Meeting, several members of the Diversity Committee proposed a Diversity and Inclusion position on the AASP Executive Board and this was approved by those members present. With her last official act as AASP President, Amy Baltzell established that position and appointed Leeja Carter to serve on the Eboard, with the position to be ratified in AASP’s Constitution at next year’s conference. 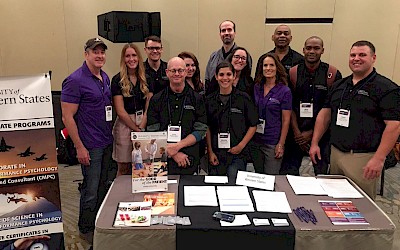 It is an exciting time for AASP. A special thank you goes to the leadership group that created a new Strategic Plan to guide the organization over the next 4 years. The horizon is bright as these initiatives are going to bring us to some exciting new spaces. As our new presidents move us forward, it is also important to take note of our Past President’s Council which helps guide us with its experience and knowledge. Thank you for those who give much and ask very little in return. It is an honor to learn from you. The students and young professionals are the energy and lifeblood of our organization. I am grateful for those who introduced themselves and engaged in some stimulating, forward thinking dialog during the days in Toronto. This generation of practitioners is special. It is going to be fun to see what happens next.

So chalk up two big “Ws” in the Conference Planning Committee’s and Executive Board’s victory column as AASP’s 33rd Annual Conference was an incredible success. The lessons learned, the professional growth, and the relationships formed are sure to serve the field of sport and exercise psychology for decades to come.  Thank you to all who attended and contributed. It was an incredible and historic conference. Toronto and the 33rd left a major impression on AASP. The anticipation for what will happen at the 34th Annual Conference in Portland is exciting. I hope to see you there.