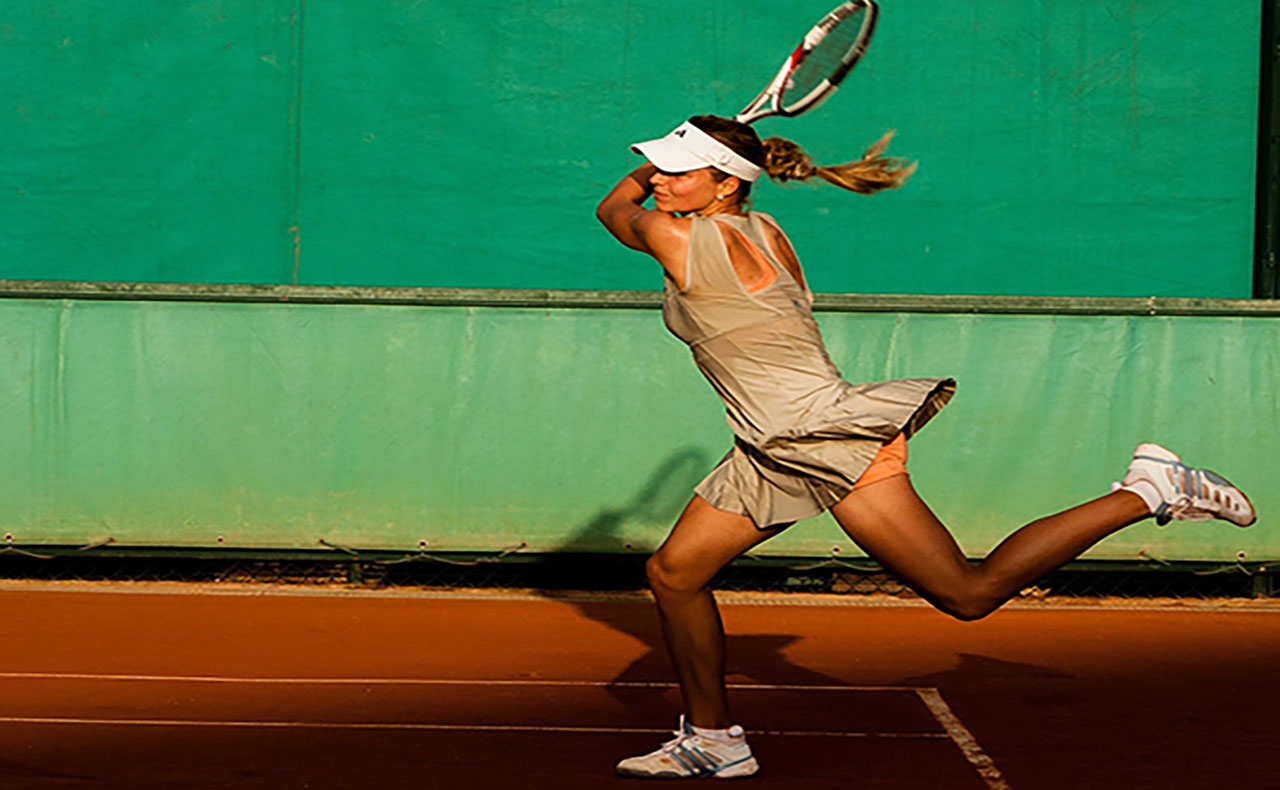 Tennis is a game of momentum. When a player makes a dramatic shot at a critical time, the momentum is likely to be on his side. When an unforced error occurs, frustration mounts and momentum can shift to her opponent. While most athletes can keep focused and ready throughout a match, there are specific times when concentration may be disrupted. In order to take control during the entire match, including the pressure points, I teach athletes to use performance routines.

The primary way to play at your best consistently is through the use of routines. Top tennis players sustain their high levels of performance by following customized routines to ensure consistent play. For example, prior to serving most players perform a series of behaviors. These behaviors usually contain specific movements, which are then repeated prior to each serve.

Examples of routine behaviors include:

While the physical manifestation of a pre-serve routine is obvious, what might be going on inside the player’s mind?

That is the most critical aspect of performance routines and is oftentimes neglected. If the athlete trains himself to go through a mental routine in conjunction with the physical movements, a more consistent performance will follow. Ultimately, this will allow a player to automate her preparation so that she primes herself the same way each time, which will lead to more consistent results.

These types of routines are important to standardize performance but become even more impactful during critical pressure situations. Every tennis player has encountered a match where she was ahead in the final set, and somehow allowed her opponent back into the match. This downward spiral of performance leads to frustration, anger, and a type of choking response. Somehow, we forget how to play our game. However, if you continue to perform your routine, both prior to serving and prior to receiving, you are more likely to sustain focus when the pressure is on.

So how can you develop a personalized routine for playing tennis? Next time you play a match note what you are likely to do, and think, prior to each point. Ask yourself:

Taking this information into account, you can create your own custom performance routines: one for serving and one for receiving.

Consider including these physical components when creating your serve routine:

The mental components to consider are:

Your mental routine and physical routine should be uniform and utilized in the same way each point, regardless of the game score, the set score, or the match score.

Similar to a serve routine, you should also have a consistent routine when returning serve. Elements of this routine may include:

Having a performance routine for both serving and receiving will help you become a more consistent tennis player. Then, you will be able to rely on your game regardless of whether you are winning easily or encountering a tough competitor. Playing consistently is not just for the pros, any tennis enthusiast can benefit from adding this simple skill into his/her repertoire.

By Gloria B. Solomon
California State University at Sacramento