From “Me” to “We”: Promoting Team Cohesion Among Youth Athletes

Have you coached a high school sport program for many years? Have you volunteered to coach a youth sport team in a recreational league? Either way, team cohesion has a big impact on the success of your program and you as a coach.

What is team cohesion?
Cohesion is defined as a dynamic process of the tendency for a group to stick together and remain united to pursue instrumental objectives and satisfaction of member affective needs (Carron, Brawley, & Widmeyer, 1998). In a sport team, it can be viewed as the extent to which athletes are motivated to practice, compete as a team, and “hang together”. Cohesion is multidimensional, including:

Why is team cohesion important?
Team cohesion positively predicts team performance, and team performance positively predicts team cohesion (Filho, Dobersek, Gershgoren, Becker, & Tenenbaum, 2014). In other words, if a team is more cohesive, it is more likely to perform well, which in turn will lead to a more cohesive team. This concept is especially important for youth athletes because it is also positively related to sport satisfaction, sport continuation, and youth development.

It is important to understand how task and social cohesion influence youth athletes in order to implement effective team building and coaching strategies. Some general considerations are:

Is team cohesion still important within an individual sport (e.g., golf)? Absolutely, because any sport team is a “team”! As soon as there is task or social interaction within a team, the concept of cohesion applies. As a coach, this answer should become clear when you ask youth athletes about why they play on your team — they will likely talk about their friendships and the fun that they experience within the sport (Visek et al., 2015).

As a coach, how can I improve team cohesion among my athletes?
A good starting point is to assess perceived cohesion from the athletes’ point of view. This can be done informally through individual or group conversations with your athletes. A sample question is: “How is your experience working with your teammates?” The key is to listen openly to their thoughts and feelings without judgment. Assessment can also be done more formally using existing validated questionnaires such as the Youth Sport Environment Questionnaire (YSEQ; Eys, Loughead, Bray, & Carron, 2009), which is designed for youth athletes.

After gaining an understanding of the current cohesiveness of your team, you may select some or all the following strategies to implement. In determining your next steps, it would be helpful to consider your sport, your athletes’ characteristics (e.g., age and gender), and your coaching philosophy.

Improving team cohesion does not happen overnight. It is recommended that you reflect on your own coaching and team dynamics regularly in order to apply appropriate strategies to optimize both task and social cohesion. Starting to build your team early in the season and continuing your efforts throughout the season will likely make your team more cohesive and improve their performance. 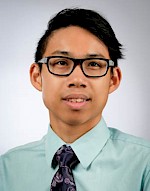 Dr. Alan Chu, PhD, CMPC is an Assistant Professor and the Chair of the M.S. Sport, Exercise, and Performance Psychology (SEPP) Program at the University of Wisconsin – Green Bay. His research focuses on athlete motivation and positive psychology techniques, including gratitude and self-compassion. In addition to working with high school and collegiate athletes on psychological skills training, he promotes sport psychology applications across diverse settings by serving on the AASP International Relations Committee, AASP Science to Practice Committee, and Coaching Committee of the National Collegiate Table Tennis Association (NCTTA).