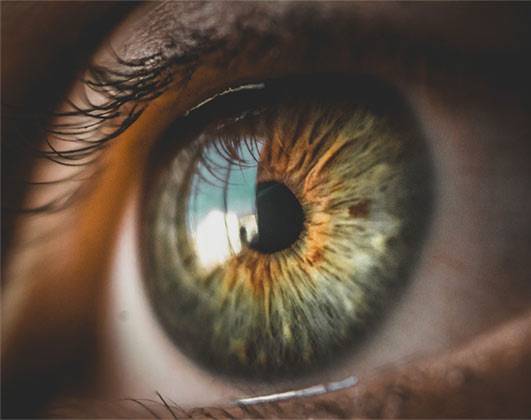 When athletes prepare for competition, they spend extensive amounts of time training to synchronize their body and mind. In theory, if you train hard physically, get adequate recovery, and psychologically prepare yourself for competition, then the results should come. While this may be true for many athletes, there are a significant number of individuals who do not have this experience.

Interestingly, in cases when athletes train hard but don’t see expected results, they can suddenly become unable to perform even simple sport movements despite the absence of physical barriers. You’ve probably heard of these types of events: the baseball pitcher who can no longer accurately throw the ball to the catcher; the cross-country runner who no longer feels in control of their body; the hockey player who freezes before physical contact. These experiences may appear very different, but, in reality, they are the same type of sport performance setback: a mental block.

When athletes and coaches experience or observe a mental block there are common methods used to help resolve the issue. Coaches will try to support the athlete by offering reframing statements such as “stop overthinking” or they might remind the athlete of their history of success. In many cases, athletes will try to train harder thinking that this extra work will help them overcome mental blocks. Unfortunately, these remedies may not only fail, but can further inhibit their performance.

While the term “mental block” is widely recognized, there isn’t a standardized name or definition that mental performance consultants unanimously agree upon. For instance, the baseball community uses the term “the yips” to describe a particular type of mental block, whereas the gymnastics community is more familiar with ‘the twisties’. According to Bell, Skinner, and Fisher (2009), one term that captures the essence of a mental block is task-specific dystonia. Task-specific dystonia is persistent, uncontrollable, and undesirable muscle action. These muscle contractions usually occur randomly and can be generalized or occur in a specific body part during performance movements. There are many possible causes for task-specific dystonia, but one explanation is that the athlete has experienced some form of unprocessed psychological trauma (e.g., experiencing surgery for a sport related injury, seeing a teammate sustain a career ending injury, experiencing traumatic life events outside of sports).

From a neurological perspective, when someone experiences psychological trauma, the brain’s hypothalamus triggers a stress response causing an athlete’s sympathetic nervous system to become highly active (e.g., increased heart rate, muscle tension, fight/flight/freeze responses). Even when the actual traumatic event is over, these stress responses can continue to remain active unless properly addressed (Van Der Kolk, 2014). So, what can we do to help athletes effectively deal with mental blocks?

There are many effective approaches used to help athletes deal with mental blocks. One approach, termed Vergence, can help calm athletes when they are experiencing mental blocks by triggering what is known as the Oculocardiac Reflex. One reason Vergence is so effective is because when the Oculocardiac Reflex is stimulated during this process, the vagus nerve triggers a relaxation response, which can slow the heart rate by up to 20% (Bowan, 2008).

In order to effectively use Vergence, athletes need to direct their eyes to a visual point in front of them (e.g., the tip of a water bottle) for approximately 3-5 seconds. Then, they should shift their visual focus to the area directly behind the point they were looking at for 3-5 seconds. Once they are finished looking at the area behind the original point, they have completed one cycle. Athletes should complete several minutes of Vergence cycles until they feel the desired effect of relaxation and focus (Bowan, 2008). Let’s consider the following case study to get a better sense of what Vergence looks like in practice:

Clark has recently been named the starting pitcher for his college baseball team. Now that he is in his senior year, he knows he has only one season to remain the starter before he graduates. Recently, Clark noticed that before games he became very anxious. He experiences muscle tension around his neck and shoulders, feels a ‘pit’ in his stomach and notices an increase in temperature around his head, all of which has negatively affected his pitching performances. During the initial consultation with Clark, the team’s mental performance consultant introduced him to the Vergence technique and gave him the following steps to follow when he experienced this mental block: first identify the sensations in your body and rate the discomfort on a scale from 1-10 with 10 being very uncomfortable; second, hold the tip of your finger directly in front of your vision and sit somewhere comfortable; three, shift your vision from the tip of your finger to the area furthest behind that point, over and over again until the discomfort is either significantly reduced or completely subsides; four, on a scale from 1-10 reassess your body’s discomfort level and, if needed, continue to use Vergence. As Clark began to use this technique more and more, his elevated stress responses subsided, and he was finally able to regain his composure and perform at his normal baseline.

Regardless of how athletes choose to work through mental blocks, they can take comfort in knowing that there are highly effective techniques such as Vergence that will assist them in eradicating these issues. Seeking professional help from mental performance consultants and licensed psychotherapists is one pathway athletes can use to gain access to and support for these advanced techniques. Ben Foodman is a performance specialist and a licensed psychotherapist with graduate training in clinical social work and sport psychology. He is a Certified Mental Performance Consultant® (CMPC) through AASP, a Certified Strength and Conditioning Specialist (CSCS) through the National Strength & Conditioning Association (NSCA), and a Certified Brainspotting Therapist having completed Phase 1, 2, 3, 4, Expansion & Master Class Brainspotting Trainings. He also has professional training in Neurofeedback and psychodynamic psychotherapy. Ben has his own private practice where he specializes in working with professional, collegiate, Olympic, and high school athletes as well as veterans, musicians, and corporate athletes. Ben can be reached at benjaminfoodman@gmail.com.